This is the most broken society has ever been. What can we do about it?

"This is the most broken society has ever been. People blame each other. People don't listen to each other. No one talks to anybody who has views different to them. They just read things that they agree with. We (mediators) are probably the only people who really know how to to bridge those gaps between people with totally different views."

This is Roy, he has been a volunteer mediator in the Bay Area for 30 years. I describe Roy as a confident and warm person. He has salt and pepper hair and beard, with some dashes of brown and ginger. He has short hair, except for a long curl at the back of his head which he sets on his shoulder. He wears aviator glasses and usually sports button-up shirts and khaki pants. Roy and Diane’s home feels full of life. I admired the photos and art on their walls, which serve as glimpses into their life adventures. We settled down on a large wooden table, I took out my notebook and started the recorder. "Thank you so much for your time," I said, he nodded, we both smiled and laughed. Why do you think you became interested in conflict resolution? Thanks to all the dialogues he has participated in, all the learning, studying and conversations he’s been a part of, he realized that conflict is omnipresent. He says most people associate conflict with negative situations. "Very few people see the positive in conflict" he explained.

"I try to teach the benefits of conflict because conflict is everywhere in our lives."

Conflict is everything from walking towards a door with two people and deciding who will open and walk through first, to losing something you value, to encountering a disagreement with people in your life. "How do you deal with that? How do you approach that?

Is conflict something to be won, or do you approach conflict as an opportunity to practice cooperation, for instance? So I've always been interested in conflict" he said.

Becoming a mediator, mediating pro-bono and later training new mediators, are only the latest of a lifetime of peacebuilding efforts. I wanted to know how Roy ended up focusing on mediation, what other efforts he’s made to create a more peaceful world, what mediation means to him and what can be done to heal our divided society.

How was it that you became interested in making the world a better place? "When I was 10 years old I was diagnosed with rheumatic fever and had to spend a year in bed." One day a man showed up at his childhood home in Essex, England, claiming he wanted to help the sick boy the neighbors had told him about. This man was the local librarian and he had come to ask Roy if he’d like to read some books. "He asked me what books or authors I liked and I said, you know, I don't really have any. Why don't you start with the A’s and we’ll see?" The librarian brought Roy a book from the A section, picked it up when it was finished and then brought another one. "And by the end of the time, I was reading up to six books a day. Amazing thing." Roy read most of the books in the library and gained access to an unparalleled education. "It really changed my view of the world. It really opened my eyes."

The second world war had broken down the class structure and men were now returning to claim their jobs back from women. Rationing was still happening, making it hard to find food and other necessities. 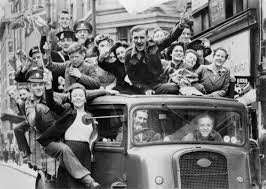 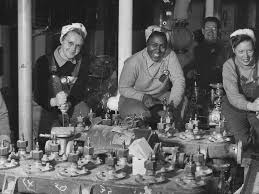 "People were really impacted by the war in enormous ways. There was a sort of triumph in coping with adversity. Even though the war was terrible, it was a good time for a lot of people because it was a time when they felt like they were important, that they counted, that they could work together, that they could stand up to an enormous foe and survive."

During the fifties, Roy experienced growing antisemitism in his community. "I can remember somebody saying to me directly, well, you Jews must have done something to piss Hitler off, or he would never have done all that." Many Jewish families, including Roy’s, changed their names to avoid harsh treatment. His name changed from Goldstein to Gordon. They also had to grapple with fear associated with their identity once again. For Roy, it was especially complex because his family did not have strong religious roots. "I can remember one time, some kid came up to me and he said, you're a goddamn Jew and I said, you're right! and I punched him as hard as I could. Then I ran like hell. When I got home I said to my mom, what is a Jew?" At age 11, he passed the exam that allowed entrance to an academic school and headed into a prestigious high school. This opened up opportunities that lead him, years later, to become an engineer. He met and fell in love with Diane, married and found a good job. Roy had risen above the scarce opportunities available to kids raised in lower-middle-class England. Despite this leap, he realized that the rigid class structure would not allow him to continue growing professionally. So, Diane and Roy decided to move to the Bay Area. There they settled and formed a loving family. 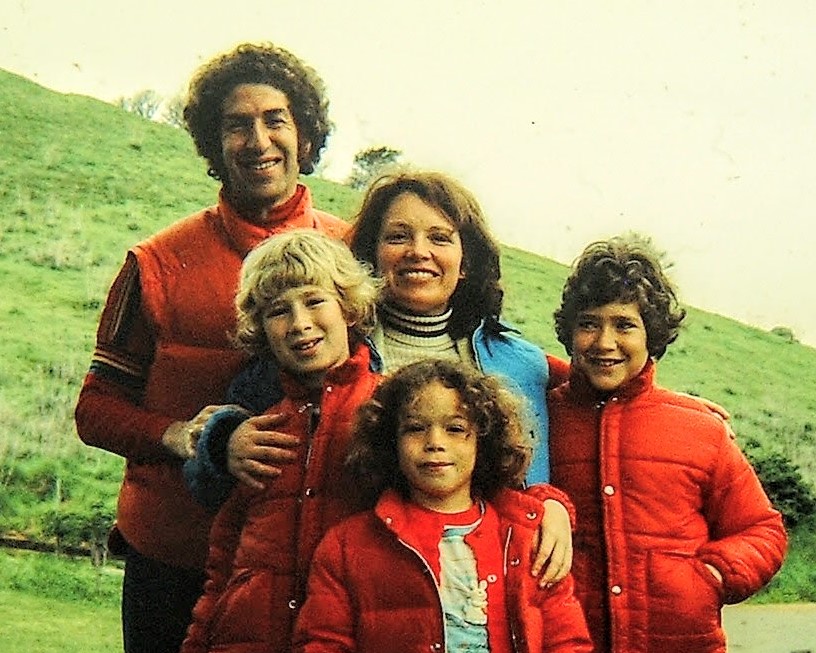 In 1968, a year after arriving in the Bay Area, Roy was invited to a neighborhood meeting where he would begin his journey to self-knowledge and peacebuilding activism. As a family, they collaborated wholeheartedly with an organization that led peacebuilding activities in the Bay Area for more than 40 years. Global Community, Creative Initiative, Beyond War Award, were some of the peacebuilding efforts they participated in. They went to Vietnam protests in suits with signs saying ‘this war affects us too’. They later did community info sessions and discussions about nuclear weapons and the threat of nuclear war. In the 90s they brought to life Beyond War, an award to honor those cultivating resilience and peace around the world. Beyond War award ran for eight years. Among many initiatives, they awarded Neve Shalom - Wahat as-Salam (Oasis of peace), a bilingual school in Israel that is also the training place of most mediators in the Middle East. They also awarded public officials, such as Gorbachev and Reagan, for their efforts in ending the cold war. Once this award effort concluded, there were still some members of the community who wanted to keep building a better world. 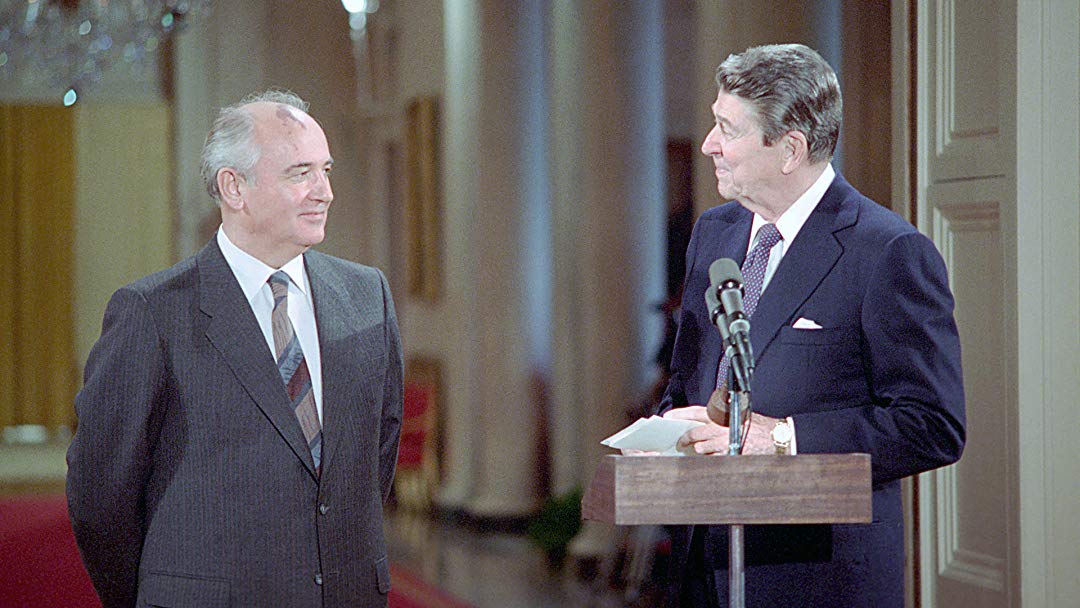 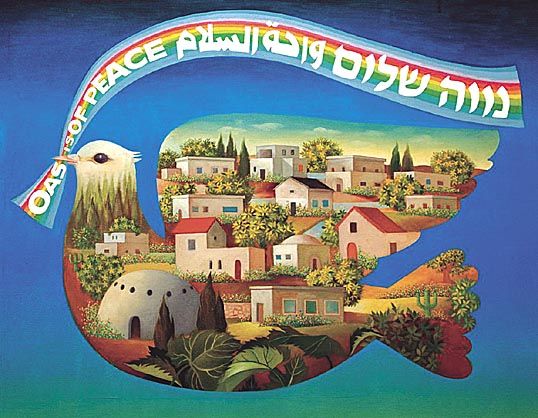 "There was about ten of us who decided to see if ten people, you know if ten ordinary people could impact the world. Seriously, what can ten people do to change the world?"

What resulted from this question was a document, written by 13 Israeli and Palestinian leaders named, “A Framework for a Public Peace Process.” The document emerged from dialogue sessions that ran for 5 days. "The power of this speech is that it is a conversation among enemies," Roy recalls telling a leader of the Palestinian Liberation Organization, when discussions got tense. Regardless of the tension and conflict, participants overcame these obstacles. Later, several of the participants were invited to the Oslo Accords negotiations, and some of the language of the framework was included in the final agreements. Roy had completed the dialogues between Israel and Palestinians and in 1992 returned to Israel to film a documentary about the local response to the document.

"What could I possibly do next that could top that?" he asked himself. While pondering this question, he saw an announcement for the Mountain View Mediation Panel. He was trained and began his service as a mediator in the Bay Area.

Roy says there are two types of mediators, people who mediate and people who become mediators. Mediators apply the principles of mediation to their entire life. How does Roy apply mediation principles to his life? "I listen, I'm really interested in you. I never used to be interested in people." That is until he began his self- awareness journey and developed his mediation practice. Mediation aided Roy in his personal life as well, while accompanying his wife during a serious illness. "I was able to be empathetic without getting sucked in. I was able to be neutral when I needed to be neutral. I was caring without being overprotective, so I wouldn't take away her ability to do the things that she was able to do and wanted to do." Another way that mediation has changed his life is, helping him deal with rejection. "If you're not self-centered then it's not rejection. It's just somebody else making a decision." Roy mentioned that one reason why he’s had a successful 56-year marriage is that they’ve always had something that they are working on together, and things that they work on separately.

"That's what's made our marriage so much more, more fun, more interesting, participating in the universal growth process, as opposed to just sitting there and letting it happen."

His goal in mediation is to inspire a feeling of four people sitting around the kitchen table, putting their minds together to solve a problem. "I try not to tell them (parties mediating) what to do. I try and build relationships. Process is very important, and I try and learn as I go along. When I feel like I did something that wasn't very effective, then I will go back and repair if I can." 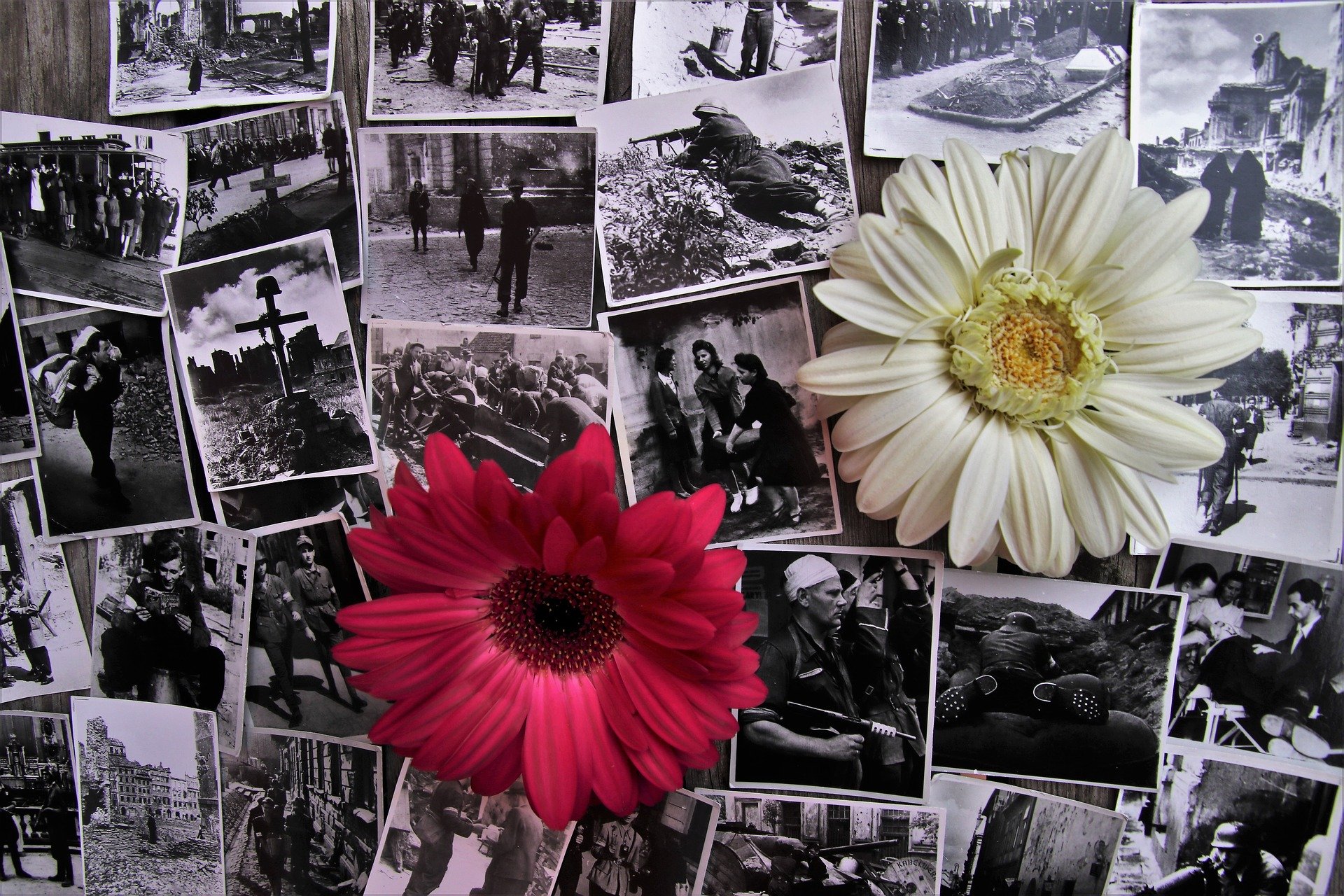 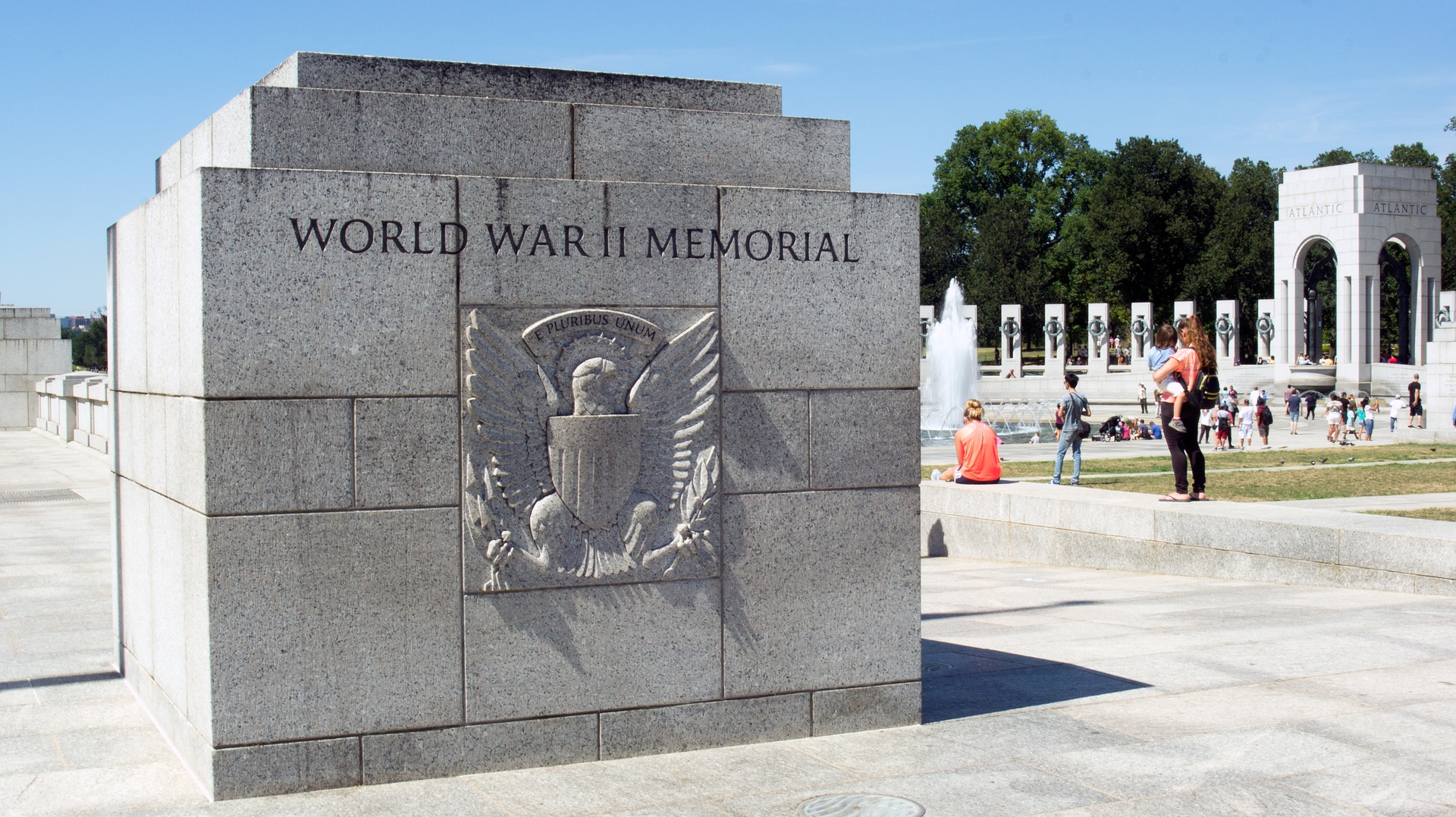 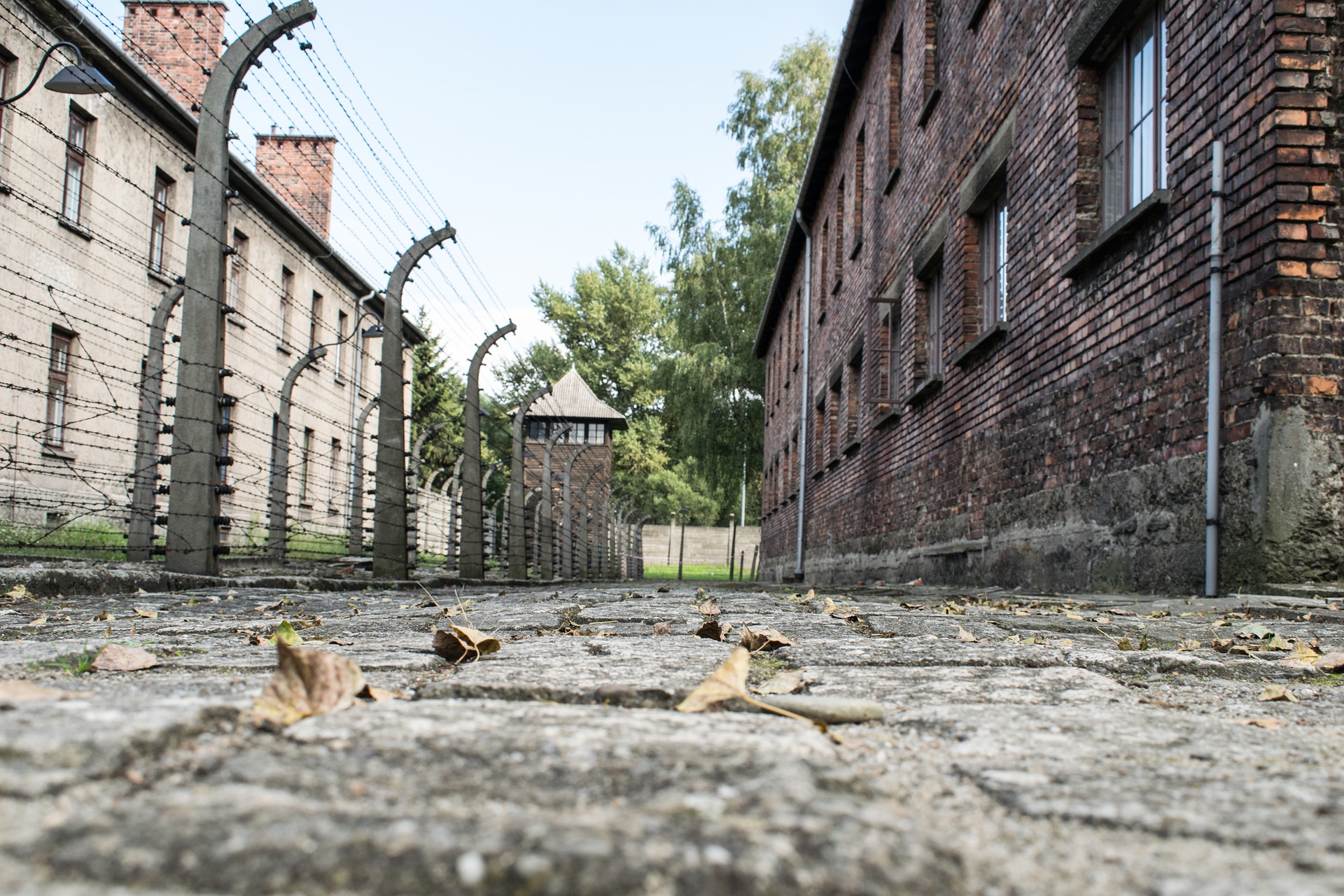 Roy grew up during the aftermath of the second world war, a phase of modern history widely regarded as violent and divisive. Yet he asserts that now is the most divided we’ve ever been. After a lifetime of activism, he found mediation as an effective way to build peace on a community level. Listening to Roy, I learned the importance of finding coherence with our discourse and action.

What makes mediators especially effective is if they work hard to apply mediator practice and theory to their personal life. "When we approach people without fear and without trepidation and just treat everybody as somebody worthwhile, they respond to us, and share stuff that they would never normally share with anybody."

Roy argues that mediators have a bigger responsibility than most people. Mediators understand conflict, they understand how to resolve it and grow from it. Mediators know that it is possible to talk to people who are different from you, who have different views and principles than you, in some cases adding value and friendships to your life. "Most people don't know that," concludes Roy. To heal our society, we need more mediators to bridge the divisions we are facing, and we need more education around restorative justice, to draw more people towards resolving their disputes in a peaceful and productive way.

If you are interested in becoming a mediator and building peace in our community, come to our mediator training in April! Roy will be facilitating alongside Martin Eichner, another veteran Bay Area mediator.

Renter Insurance is required in my lease. Is this legal?

I've been refused by landlords several times because I'm single. Is this legal?